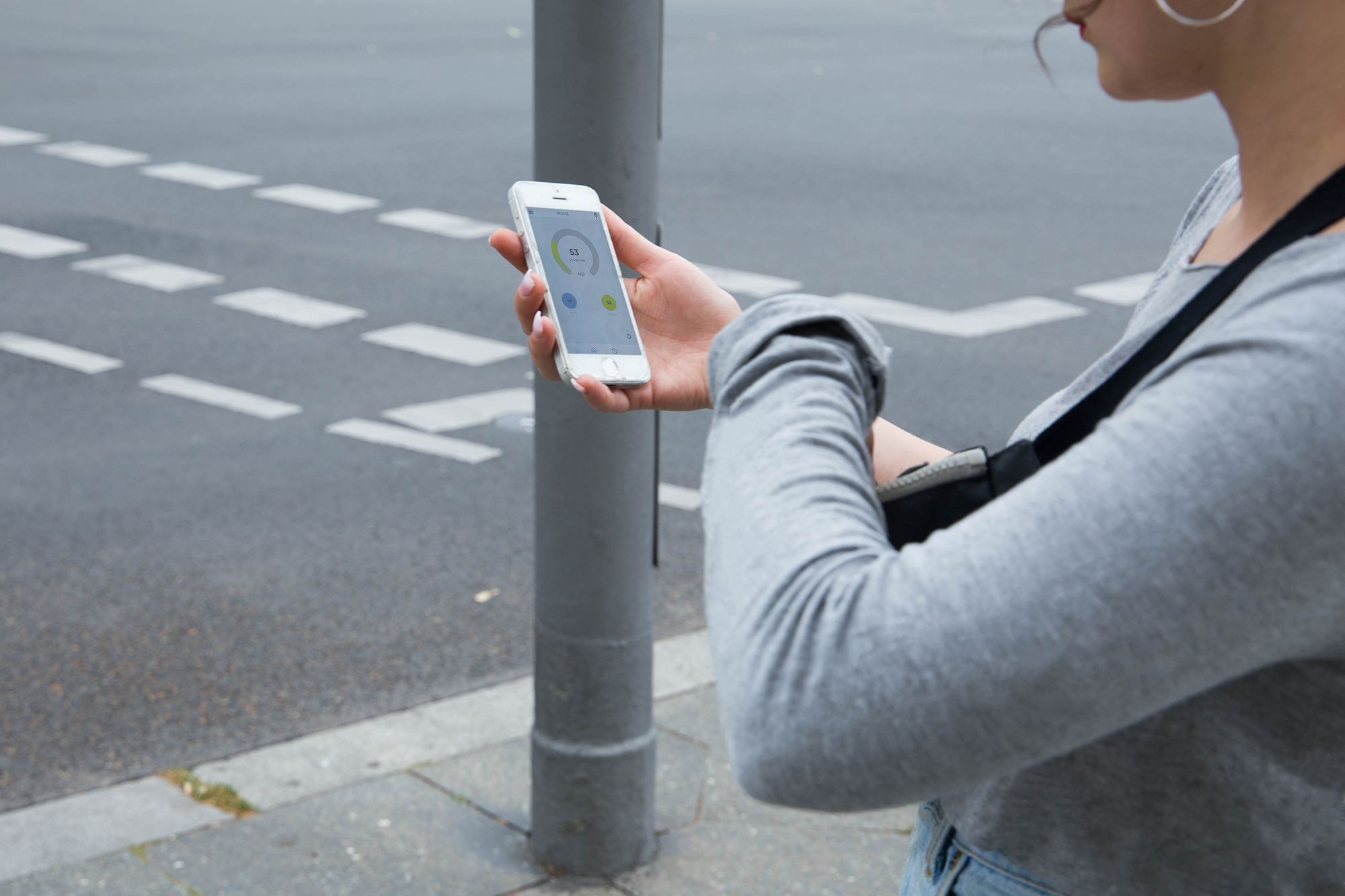 In the course of industrialisation and the associated rapid transformation of the environment, human sensors were unable to adapt evolutionarily. Artificial senses could help to point out new and health-threatening environmental toxins. For people who will live in a heavily contaminated world in the future, such sensory enhancements can provide important information about the immediate environment.

Technical aid and assistance devices such as sensory substitution1 projects „Brainport“ (Danilov, Tyler 2005), „VEST“ (Eagleman, Novich 2014) and „Lorm Glove“ (Bieling, 2019) show that incurable, sensory losses can be stimulated again and partially regenerated. Due to neuroplasticity2 and the advancing technical possibilities, it can be assumed that this field will expand far beyond the reactivation of lost senses.

Sensory augmentation3, the expansion of perception via technical sensors and data, is still in its early stages, but could soon expand information acquisition. So far, the use of sensory augmentation is being explored particularly in the fields of virtual reality, robotics, game design and entertainment.

„The replacement of lost sensory systems, principally of sight and hearing, has been an age-old dream. It has inspired numerous inventors and scientists to apply their imagination to the development of a variety of devices.“ (Bach-y-Rita 1972: 1)

Using air pollution as an example, it is being investigated whether the awareness of hazardous substances in the air can be expanded through sensory augmentation and thus lead to a better perception of pollutants. Up to now, humans have not been able to fully perceive pollutants or become accustomed to air pollution after being exposed to it for a certain time.

„All in all, it can be stated that the sense of smell has adapted to our habits of life in the course of human phylogenesis, but is not equipped for the chemical poisoning phenomena of the air that occur on a massive scale today“. (translated from Stadler 1975: 99)

In two different scenarios, the sensitisation of fine particulate matter4 (PM) and TVOC5 (volatile organic compounds) is targeted. The level of particulate matter pollution is translated into a tactile pattern and the exceeding of the safe TVOC level into an olfactory signal. The main aim is to find out whether it helps to avoid the sources and reduce the triggers, and whether it can lead to a change in behaviour.

The final prototypes each consists of a sensor that measures the fine dust (PM) on the one hand and the TVOC content of the air on the other. In the first prototype, these values are communicated by an individually selected warning signal as soon as they exceed the limit value. The user is inevitably exposed to the odour and must actively act to reduce the value back to normal. As fragrances are also TVOCs, this can lead to a further unhealthy increase in TVOC levels if the users do not take action.

In the second scenario, a wearable prototype was created that allows the user to experience the current level of particulate matter through a tactile vibration pattern. The vibration intensity of the three coin-operated vibration motors indicates when there is an increase in PM levels. A portable rechargeable battery makes the wearable ready for long journeys and daily use. A higher resolution and wearing it closer to the body would provide the user with more information and more complex data via the skin.

The approach of collecting individual data about one’s environment and analysing it without looking at the mobile phone, is particularly interesting in a world saturated with visual and auditory stimuli. In the sense of crowd-sensing6, this data can also be shared with the community to gather important data for fellow humans.

In addition to refining the tactile signals and the position of the device on the user’s body, the interface in the form of an app would also have to be revised. This is particularly important, as initial wearing of the device orientation values to learn to interpret the signals. In order to increase the willingness to learn, the design of the visual aids is therefore an essential point to reduce the initial barriers to entry.

1 Sensory substitution is the conversion of sensory stimuli of one particular sensory modality into another in order to be able to compensate (substitute) for the loss of the sensory modality in question (e.g. due to disability or illness).

2 Neuroplasticity refers to the property of the brain to be changeable through training. Neuroplasticity is thus the basic prerequisite for any form of learning. Training changes the connections between nerve cells in the brain by making them stronger or weaker.

4 Particulate matter. The term „dust“ describes a complex physical-chemical mixture of airborne, liquid or solid particles. These are referred to as particulate matter, or PM for short.

5 TVOC (total volatile organic compounds) is the collective term for organic substances, i.e. substances containing carbon, which change into the gas phase by evaporation at room temperature or higher temperatures, i.e. are volatile.

6 Crowd-sensing. In short, this means crowdsourcing sensor data from mobile devices. This allows a large group of people to extract and share common data using mobile sensor and computational devices. This information can be used for common interest and help to measure, map, analyse.